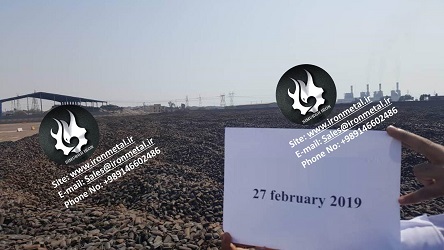 The export by hot briquetted iron manufacturers and exporters has been booming in recent years, with increasing production of these products in our country. Iron briquette are two types Which is Iran producing and exporting both types:

We can introduce Syria, Oman and India to the most prominent customers of the world-class sponge iron briquette. These three countries were the first purchasers of Iran iron ore briquettes. In addition, Turkey and Azerbaijan are also its purchasers. Hot briquetted iron manufacturers in Iran produce more than 2.5 million tons annually. The statistics show that more than 90 percent of the hot briquetted iron sold in the extruded area. And a percentage is offered to domestic steel mills.

The production of sponge iron briquette is in several countries where we can introduce Venezuela. In the global index of mining prices and mineral products, prices for iron sponge and the iron briquette are announced from Iran, Venezuela and India as a global indicator.

The latest Hot briquetted iron prices declared on the global market on Metal Bulletin site. It for March 1, 2019 is set at $ 200-203 for the Venezuelan crop.

In estimating the price of exporting hot briquetted iron , we must consider a few issues. Such as the high cost of shipping from Iran. Of course its global prices. Therefore, most of the price of iron briquettes in FOB Bandar Abbas is lower than the declared global price.

Today, Simorgh Iron and Steel Co. is ready to sell 40 thousand tons of briquettes delivered to FOB Bandar Abbas on March 10, 2019. For more information on the analysis and the price of a day, you can use the following communication paths with us. 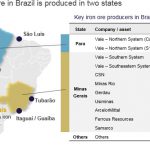 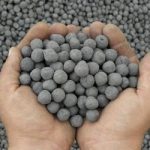