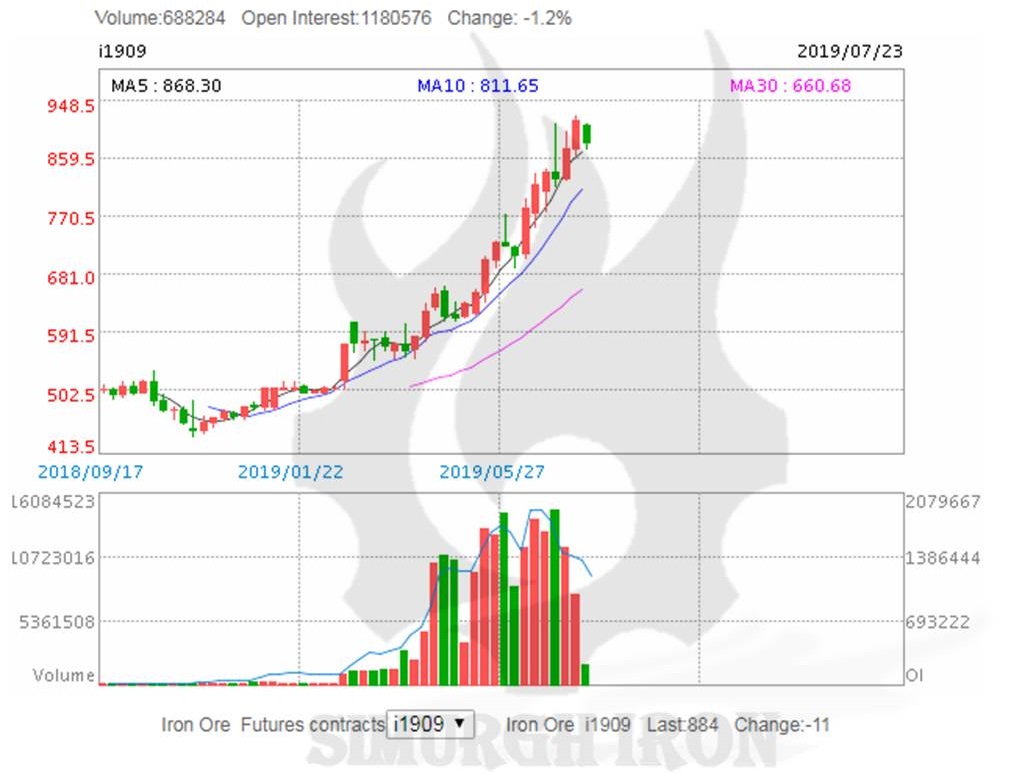 The magnetite iron ore price per ton, iron pellets and concentrates is at the peak of several years. Iron and steel prices have made unprecedented leaps in the first half of 2019. The uptrend rate continues.

You know the world’s largest mines and iron ore factories. vale iron ore mine brazil, has the largest mines and units in the world, and it has the largest volume of exports in the world. But the company’s sales and export capacity dropped significantly in early 2019. Until the beginning of 2019, unfortunately, the accident breakdown of some of its mines caused a significant reduction in the company’s supply and export capacity. The performance of the second quarter of vale iron ore mine brazil in 2019, according to the company’s production report, shows a drop of about 33.6 percent over the same period last year. Also the amount of iron ore pellet production decreased by 29.3%. Of course, Brazil Vale company has maintained its production target of 2019 to 307-333 million tons. This growth of production resulted from the gradual return of half of Brucutu’s mine production.

At the same time as the Rio Tinto and BHP companies encountered a problem with the Veronica hurricane loading, we saw a drop in supply, followed by a shortage of inventory in the markets and ports, and thus a sharp rise in prices.

Within a few months of the incident and the arrival of iron ore shipments by Rio Tinto and BHP, simultaneously with Fortosco’s shipments as the fourth largest iron ore producing company in the world, now July 22, 2019, increases in warehouse inventories in Chinese ports We see. Still, iron ore prices are still upside. However, increasing inventories along with the margin squeeze of steel makers, despite increasing production, are putting pressure on prices.

You can now download and read the prices of iron ore graded in the global rates table and indexes (two metal bulletins and platters).

Selling Iron Ore Concentrate As mentioned, for the purity of 66%, it is now shipping $ 122.88 at the main ports of China. The sales price of iron concentrate has been increasing as global markets in Iran have grown. FOB’s domestic ports have risen by +1.5% in the last changes.