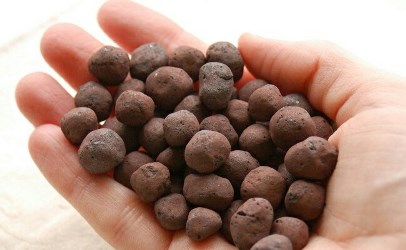 Iran iron ore pellets price index, which is also offered in the Iranian steelmaking sector in the field of export, is also influenced by the domestic and global market conditions. In this paper, along with the reference to the factors affecting the price of iron pellets, the process of pelletizing is also fully described.

Iran iron ore pellets price index is influenced by the global market conditions and, of course, the domestic market situation, due to export sales as well as its domestic supply. The change in prices in recent months has seen an upward trend as export demand, such as China, has been rising.

Of course, increased exports of iron pellets were also due to the reduction of its export tariffs. The export of pellets has recently been reduced from 15% to 5%. The same has influenced the growing trend of pellet exports. The favorable conditions for exports, combined with the high demand for iron ore pellets, have led to an increase in the price of iron pellets. Currently, Iran is one of the producers and exporters of iron ore pellets worldwide.

Iron ore pellets are the basic material for the manufacture of steel furnaces in factories equipped with a long furnace. It is also a product of direct reduction units that produce sponge iron. As you know, sponge iron is also a feed of steel structures equipped with electric arc furnaces or induction furnaces.
The activities of iron pellet production plant in Iran are necessary due to the presence of active steel mills in this country. Fortunately, the annual production of iron ore pellets is high, and Iran is now among the major exporters of this product in addition to supplying its market capacity and needs.

Fortunately, Iranian factories are now operating successfully in the iron ore exporting sector, and exporters of this product to countries such as China.

Simurgh Iron and Steel company is a major supplier of steel upstream products in Iran. Iran’s pelletizing units have often reached the capacity of producing several million tons of iron ore pellets by yearly charging the concentrate feed of the iron ore concentrate their own factories. In the following, we want to describe the process of producing iron ore pellets referring to the capacities of iron pellet production, one of the pelletizing units.

Iron ore production is a step after the production of iron ore concentrate, which is made on concentrate with the aim of preparing it for use in steel making. Iron ore pellets are 9 to 16 millimeters, which is obtained from the combination of iron ore, water, bentonite and lime. This material is combined and, after becoming a bullet, is called a crude pellet, is placed under temperature for hardening and converted into iron ore pellets. The hardness of the iron pellet is about 280 to 380 kg per pellet. In total, the process of pelletizing has three stages.

These three steps are briefly presented in the first video of the article. In the following, we will describe each step in more detail.

Sometimes, if the supply capacity is low by wagon, the concentrate cargo is transported to the pelletizing unit via a truck. If the feed of the production line to the concentrate is in short supply, it is possible to transfer the concentrate drained from the wagons directly into the reservoirs.

Conveyors are equipped with metal detectors, weighing systems and automatic samplers. The accumulated concentrate is harvested with the capacity of 1200 tons per hour based on the required amount of the production line and transported to the storage tanks of the daily by the conveyor. Two daily storage tanks each with a capacity of 2,000 tons are intended for concentrate storage at the beginning of the line.

If the concentrate of iron ore is finer, the material will be transferred to a roller press machine at a capacity of 700 tons / h after being harvested, and after increasing the blain, the special surface (can be increased to about 250 units). Transfers to tanks daily.

Additives include lime and bentonite to iron ore concentrate. If moisture is not enough, a percentage of water is added to this compound. These materials affect the percentage of increase in volume, regenerative ability, and pellet stability during recovery.

After mixing iron ore concentrate additives, the mixture is transferred to the storage tanks with conveyors and then charged to six 7.5-meter diameter dispensers. By rotating the discs, the material inside them turns into spherical forms. The depth of the discs is about seventy centimeters. And have a 45 degree angle with the horizon. The disk is rotated about 5 to 11 rpm. After the primary ingredients are transported to the proper part of the dick, the water is sprayed by an aperitif. The scraper blades are also set to disk, which controls the flow of material onto the disk. The pellets made after reaching the desired dimensions and exiting the disk are graded by a silicon sub-disk and the pellets with dimensions of 9 to 16 mm are transferred to the baking part and the small and coarse pellets are again restored to the tanks on the discs. be.

The main process of this step is to remove moisture. This step is done in the area of one and two pre-cavitation tunnels. Surface evaporation is carried out at an average temperature of 270 ° C in the first region, followed by surface and deep reclamation in area two at a temperature of 320 ° C. The iron pellets are dried during the slow-drying process without drying out. Two dredging devices are also located in the primary section for dipping in areas 1 and 2.

The dried iron pellets have been introduced into the rotary kiln with the inner wall of the refractory bricks, and with increasing temperature up to 1280 ° C, the rotary motion in the furnace is exposed to the burner heat and, by converting magnetite to hematite, is completely hardened and removed from the furnace.

At this stage, the percentage of lime in the pellet, which was added as an additive in the initial stage of the production of pellets into iron concentrate, was decomposed, and a percentage of CO2 was released from the pellet.

The steps and the complete process of producing iron ore pellets are described in the above section. The conversion of iron ore concentrate into iron pellets to prepare its use in the steelmaking process is mandatory. Because iron concentrate is not directly usable due to its very fine granulation in melting and rejuvenating units. Of course, as mentioned many times in the previous articles, the only consumer of iron ore pellets is not high-melting units. Direct reduction units that produce sponge iron (sponge iron feeds for electric arc and induction arc furnaces) are also charged from the raw material of iron pellets. In fact, sponge iron comes from the direct recovery of iron pellets.

Production and sale of sponge iron

The reason for the direct reduction of iron ore and its conversion into sponge iron is that some steel mills use induction furnaces or electric arc furnaces for melting, not from high furnaces. Therefore it is not possible to use direct iron or iron pellets. You can see the iron pellet analysis below.

In fact, the feed of these furnaces should be of a higher purity product. Iron ore pellets during a direct reduction process without melting are converted into sponge iron, which can be used directly in the form of iron scrap in mixing with induction and arc furnaces. Sponge iron analysis is also provided below.

Annual percentage of iron ore pellets production is exported after supplying the domestic market and charging steel units and direct reduction plants. Of course, the Ministry of Industry, Mining and Trade aimed at controlling the domestic and export markets and, of course, with the goal of preventing the sale of raw materials and creating a more suitable basis for the introduction of more value added into our country’s products in Iran, for the export of some high-quality steel products that also have iron ore One of them is the export tariff. The export tariffs and, in other words, the complications of iron ore pellets are now equal to 5% in 2019 (1398 solar). Of course, this amount declined from fifteen percent to five percent by 2018 (1397 solar) to 5 percent in a directive issued by the Ministry of Industry, Mining and Trade.

The code for the iron ore pellet (HS CODE) is 2601120. Tracking the amount of exports and imports and the overall status of international merchants of any product through the HS CODE of the product that is known in Iran to the tariff code. In the customs declaration for the export of each product, the product is introduced by declaring its tariff code. Also, make sure that iron ore pellets are commercially available under the title “Compressed Iron ore”. 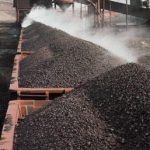 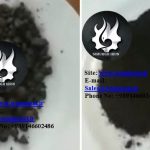